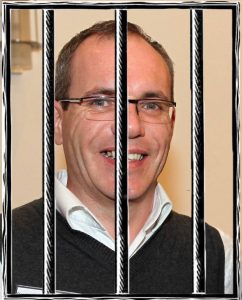 It’s a fun fundraising effort for the conservation and promotion of the old jail in Sligo.

The prison was built in 1818 and was an important facet of Sligo town until it closed 1956.

People are now being asked to nominate someone to be charged with a ‘crime’ and then imprisoned in a specially-made cell in Johnston Court in Sligo on Saturday.

Funds are raised when people raise money to release or ‘bail’ their imprisioned friends.

Friends of Sligo Gaol is a non-profit community group of volunteers with a keen interest in Sligo Gaol and its place in the history and heritage of Co. Sligo.

The aim of the group is to provide community support for the conservation of Sligo Gaol, and to promote greater understanding and public awareness of its history and heritage. It also aims to work towards the eventual opening of the Gaol to the public.

We are planning our weekly litter picking crews for when COVID restrictions relax. If you would like to join one of our litter picking teams, generally 1-2 hours weekly, please either return the documment below to our email address, or contact our facebook messenger with the following information. (Contact details, prefered contact method and prefered location).

Pdf Version (For the web)

Delighted to see the roadmap and looking forward to moving to phase 2.